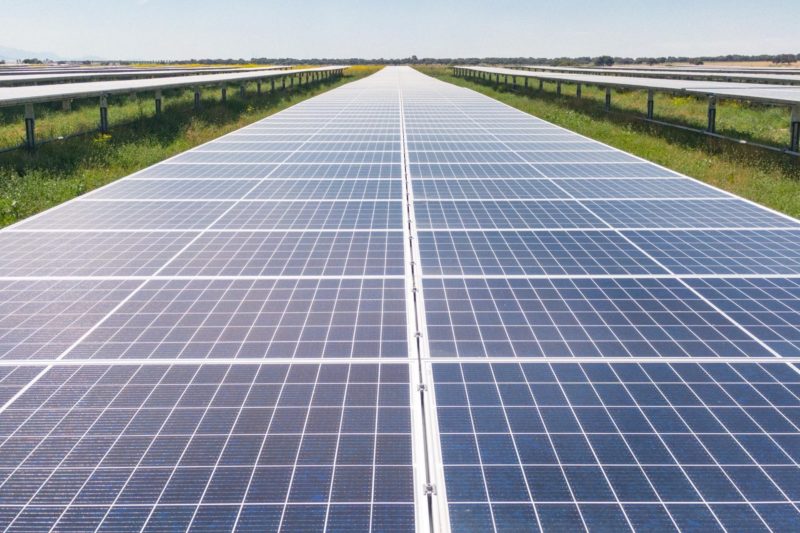 Solar energy firm Solarcentury has secured €43.5 million ($48.9 million) in funding from the European Investment Bank to complete the construction and ensure the operation of what is claimed to be the largest solar energy project in Andalusia.

The project will create 350 jobs during the implementation phase, generate enough energy to power 145,000 households per annum and avoid the emissions of 300 metric kilotons of carbon per year.

The project includes a power purchase agreement with Amazon, is one of the biggest in Spain and will have a significant impact on the Spanish renewables market.

Spain has set a target of generating 20% of its total energy from renewables by the end of 2020.

The EIB investment is backed by the European Fund for Strategic Investments (EFSI) and Encavis.

A €96 million ($108 million) investment from the EIB, Deutsche Bank and Rabobank will also be used to fund the project.

Emma Navarro, the vice president of EIB, said: “As the EU climate bank, we are committed to investing in green recovery in Europe, building sustainable infrastructure while spurring the creation of green jobs. Spain is a market with huge potential for renewable energy and the EU bank is proud to support the investments needed to meet the country’s renewable energy targets.

“Despite the economic challenges caused by COVID-19, we should not forget that climate change still represents one of the biggest threats to our future.”

Paolo Gentiloni, European Commissioner for the Economy, said: “With every investment of this kind, we take another step closer to our goal of making the European Union climate neutral by 2050.”

Over the past five years, the EU bank has provided around €62 billion ($69.7 billion) to finance energy infrastructure. This included over €53 billion ($59.6 billion) for renewable energy, energy efficiency and electricity grid projects in Europe and around the world.