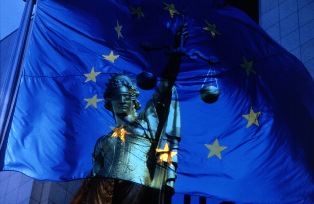 The European Commission has fined ten of the world’s biggest underground and submarine high voltage cable firms more than €300m ($415m) after it found that they operated a cartel.

Five European, three Japanese and two Korean businesses have been hit with the fines following a competition probe.

ABB was also involved but it received full immunity from fines as it revealed the cartel to the Commission. Had it not acted as whistleblower, it would have been slapped with a €33m fine.

The EC found that for almost ten years “these companies shared markets and allocated customers between themselves on an almost worldwide scale”.

“Part of this plan was to allocate important high voltage power cable projects in the European Economic Area, including large infrastructure and renewable energy projects such as offshore wind farms.”

Commission vice-president in charge of competition policy, Joaquín Almunia (pictured), said: “These companies knew very well that what they were doing was illegal. This is why they acted cautiously and with great secrecy. Despite this and through joint efforts by several competition authorities around the world, we have detected their anti-competitive agreements and brought them to an end.”

Several companies that took part in the infringement and later merged their activities into joint ventures were also held liable, as well as parent companies of the producers involved, because they exercised a decisive influence over them. These companies include the former owner of Prysmian, investment giant Goldman Sachs, which was fined €37.3m.

In a statement, the EC said that from 1999 to 2009, the cable firms “entered into mutual agreements according to which the European and Asian producers would stay out of each other’s home territories and most of the rest of the world would be divided amongst them”.

“In implementing these agreements, the cartel participants allocated projects between themselves according to the geographic region or customer. In particular, the European companies agreed to allocate projects within the European Economic Area.”

The EC said that the companies were “well aware that they were breaking competition rules”.

“The participants were also taking precautions not to be found in possession of anticompetitive documents. By using its forensic IT technologies the Commission was able to recover several thousand documents that had been deleted by an employee of Nexans. Most of these documents were closely linked to the illegal cartel activities and relevant for the Commission’s investigation.”

As well as immunity for ABB, the Commission also granted a 45 per cent fine reduction for J-Power Systems and its parents Hitachi Metals and Sumitomo Electric for “co-operating with the investigation”.

Nexans has said it will review “the voluminous decision in detail to determine its next course of action which could include appeal”.

Nexans chief executive Frédéric Vincent and the company’s chief operating officer Arnaud Poupart-Lafarge said in a joint statement:  “The Commission regrettably did not take into account the lack of effect on customers, which it is not required to find in order to apply sanctions. We confirm our requirement of strict adherence to our ethical values as set out in Nexans Code of Ethics and Business Conduct and Antitrust Guidelines which are very clear. The group is fully committed to compliance with competition laws and operates a strong dedicated competition compliance programme across its subsidiaries worldwide, which we reinforced in 2009 to ensure that our business activities are conducted in compliance with the highest ethical and legal standards.”

This and other top stories also feature in this week’s PEi Newscast -below: