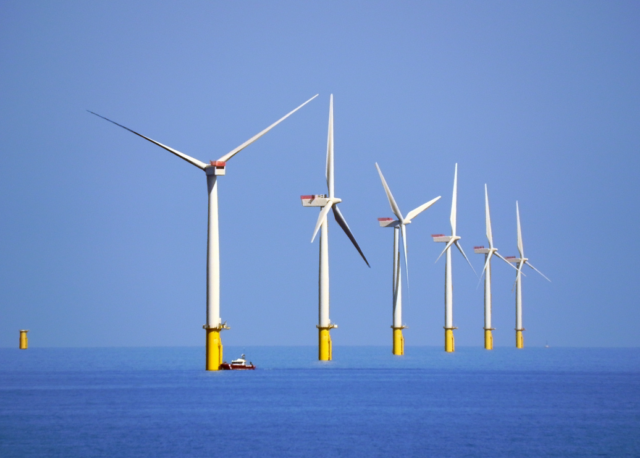 E.ON is using a new environmentally-friendly anti-corrosion coating to protects its 385 MW Arkona wind farm in the German Baltic Sea.

All 60 steel foundations at the facility benefit from the coating. It’s the first company to assemble the monopiles of an offshore wind power park with the technology.

The so-called Thermalius thermally-sprayed aluminium solution was developed by E.ON along with engineers Rambøll Germany.

Eon said the coating will signficantly reduce metal corrosion during the project’s 25-year operating period, preventing hundreds of tons of deposits from entering the sea.

During the coating process, a robot with two arc burners sprays a 350 μm thick layer of molten aluminium onto the foundations. The surface is then sealed with resin. The TSA process has so far mainly been used as corrosion protection for smaller steel components under water or for larger components above water.

The process is being applied for the first time on an industrial scale for the foundations of the Arkona turbines. They have a maximum length of 81 metres and a diameter of up to almost 8 metres