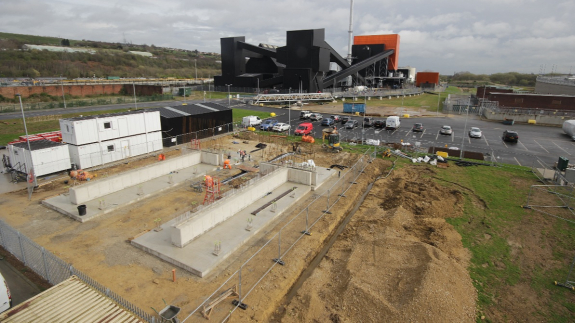 E.ON’s was one of eight projects to be awarded a contract by UK transmission system operator National Grid, which will use the batteries to help balance supply and demand, a role which is becoming increasingly important with the growth of more volatile, weather-dependent renewable energy sources such as wind and solar. It is estimated that these projects will save National Grid and thus customers about à‚£200 million a year on transmission costs2.

As well as helping to make more efficient use of renewable energy sources, the batteries will also be able to provide extra power to the network at times of peak demand as part of the Capacity Market.

Blackburn Meadows CHP plant is a 30 MW renewable energy plant that can produce enough power for around 40,000 homes, converting recycled waste wood into electricity. It also uses combined heat and power technology that captures the heat produced through the electricity generation process to be used in a district heating scheme providing heat to customers including Sheffield Forgemasters, the Motorpoint Arena and Ice Sheffield.