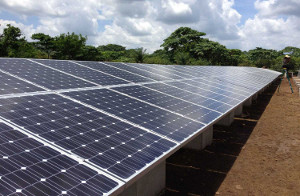 A solar photovoltaic (PV) plant with a capacity of 30 MW has come online in the Dominican Republic.à‚

The governments of Taiwan and the Netherlands both contributed upwards of $60m to the project, according to press reports.

According to official estimates, Monte Plata will save the state about $250m in the purchase of fossil fuel.