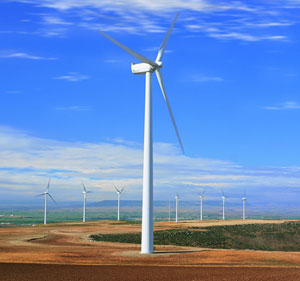 A competition run by E.ON to test accuracy in wind power computer modelling has been won by DNV GL.

The achievement in predictive analysis is likely to lead to a direct improvement in the financing conditions for wind project developers, thereby reducing the cost of electricity delivered to the grid and improving returns.

Renewable Energy Focus reports that the blind test challenged six participants, including some of the most reputable consultancies in the global wind industry, to accurately predict the wind regime at eight wind farm sites.

The most attractive wind farm sites are often found at locations where the wind conditions are difficult to quantify. Examples include sites affected by atmospheric stability, exposed and hilly sites as well as wind farms in or near forests. An ongoing challenge for the wind industry is to accurately predict the variation of wind speed across such “complex” sites in order to determine a credible estimate for the energy output of the project in question.

Participants were asked to make their best predictions of the wind conditions at locations corresponding to existing measurement masts at each site. The predictions were then compared to the actual measurements; the smaller the difference, the higher the ranking in the blind test.

Wind industry to deploy 1TW of new capacity through 2030