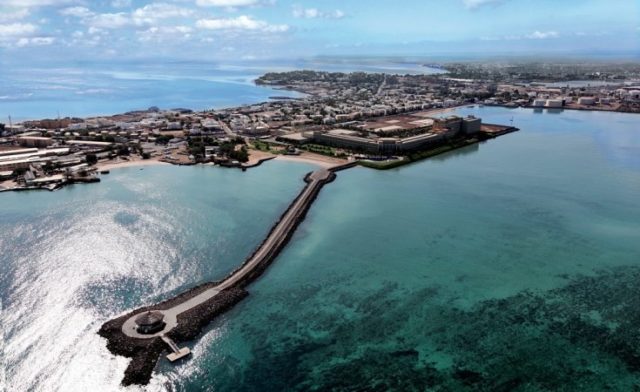 A project consortium has approved funding for the construction and operation of a 60 MW wind farm in the Ghoubet area, near Lake Assal in Djibouti.

This milestone project will foster industrialization by reducing the reliance on other high cost or unstable sources of power generation and will support the region’s emphasis on green energy with lower emissions.

Located in the Horn of Africa and spanning over 23,000 km2, Djibouti is dependent on domestic thermal power production and imports from Ethiopia for its electricity consumption and is in need of domestic renewable energy capacity addition.

Djibouti’s electricity demand is expected to considerably increase due to various large-scale infrastructure projects including ports, free trade zones and railways that the government has undertaken. The country aims to transition towards 100 percent renewable energy-based electricity production and reduce its emissions by 40 percent by 2030.

Institutional expertise of individual Consortium members played a defining role in the Project’s development. AFC took the lead developer and project manager role. CFM took the co-developer and the technical lead role due to their financing and technical expertise. FMO has been responsible for Insurance and Environmental, Social and Governance (ESC). GHIH provided local support in terms of engagement with the Government.

The project is expected to have its commercial operations start in 2022.

Samaila Zubairu, president and CEO at AFC commented: “Renewable energy is a key focus within our investment strategy, and this project will not only be a unique opportunity within our portfolio but will also have a significant impact on Djibouti’s energy generation, improving their reliance on HFO. We are very pleased with this opportunity to be the lead developer and investor, alongside our co-investors FMO and CIO, as we use our experience from the Cabeolica wind farm project, which has been operational for six years.”

“Developing long term strategic partnerships that ensures sustainable development of projects such as the 60 MW Djibouti Wind Farm Project, remains at the cornerstone of AFC’s strategy”, says Oliver Andrews, chief investment officer at AFC. “The partnership and innovation have resulted in many firsts being achieved on the project: the first grid-scale IPP in the country, all sponsor bridge financing to accelerate the development of the project to mention a few.”

“The investment in Djibouti Wind is a perfect fit with FMO’s strategy because of its contribution to the company’s impact and C02-reduction goals. This project will significantly reduce GHQ emissions in the HFO dominated (90 percent) electricity sector of Djibouti,” said Jaap Reinking, director Private Equity of FMO.

“We are pleased to see this pioneering windfarm transition into construction, having co-developed the project since 2017,” said Tarun Brahma, director and head of investments at CFM. “This project will help to facilitate a clean energy shift in Djibouti by providing sustainable energy and reducing the reliance on domestic thermal power production and power imports. The project, with thanks to our fellow consortium partners, is now positioned to assist the Government of Djibouti in meeting its ambitious emissions reduction targets.”

Aboubaker Omar Hadi, chairman of GHIH commented: “Social and economic development cannot be achieved without a reliable, affordable, competitive and cost-effective energy solution… The Djibouti International Free Trade Zone (DIFTZ), set to become the biggest in Africa along with the Damerjog heavy industrial park will both create a demand of 3,700 MW over the coming decade. This gap can only be closed if the huge untapped potential of renewable energy in our country, such as solar, geothermal or wind are fully exploited.”