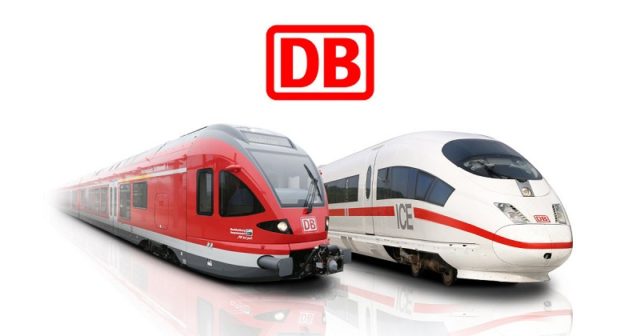 A contract has been signed between Deutsche Bahn Energie, innogy and RWE Supply & Trading for the supply of renewable power from the offshore wind farm Nordsee Ost.

This contract is the first offshore wind corporate power purchase agreement in Germany. The power is produced at the offshore wind farm for a fixed price and is used directly by Deutsche Bahn. RWE Supply & Trading will act as the contract and retail partner.

The contract will run for five years, beginning in 2024 and forms part of DB’s commitment to increase renewable energy power purchases. The supplied volume comprises 25 MW, which is the equivalent of four wind turbines. That is eight per cent of the total production of the wind farm, which consists of 48 turbines with a total of 295 MW.

Deutsche Bahn (German Rail) is the largest green-power consumer in Germany, and the company has set itself even higher goals for the environment and the climate with its new ‘Starke Schiene’ corporate strategy. By 2038, the entire rail power consumed by DB will be 100 per cent green. The company already covers over 57 per cent of its energy requirements with energy from renewables.

The share of green power in the rail power mix of DB is drawn from a broad portfolio. For example, innogy hydropower plants have been supplying DB with around 900 million KWh of green power annually since 2011. The company’s annual energy requirement is around ten TWh, equivalent to the energy consumption of a city the size of Hamburg.

DB Energie chief executive Torsten Schein said: “Over the next few years, we will consistently replace expiring contracts based on fossil-fuel generation with renewable energy. Before the end of September, we will start a further Europe-wide invitation to tender for the long-term purchase of green electricity.”

Hans Bünting, chief operating officer at Renewables Innogy, said: “This is a win-win deal for all parties involved. From 2024, Deutsche Bahn will run climate-friendly trains with green electricity from our Nordsee Ost offshore wind farm. After the reduction of state subsidies, we are pleased to have agreed commercial terms for the supply of electricity from the first turbines at our wind farm and created scope for further investment in this way.”