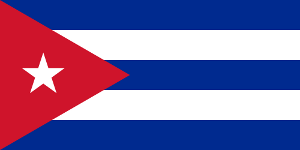 Cuba is seeking partners for foreign investment in its renewable energy sector while making efforts to change its energy infrastructure and stop relying on fossil fuel.

Official sources have said that investment opportunities are making headway.

Rodrigo Malmierca, Cuban Minister of Foreign Trade and Foreign Investment, said: “Renewable energy is one of the sectors in which our country is making a major emphasis.”

The official presented a portfolio with more than 300 projects valued at $8bn, which includes several proposals that would allow the island to change its dependence on oil.

Malmierca said: “We want to change the country’s energy mix today from only 4.3 per cent of electricity generation from renewable sources. The rest comes from burning oil and gas.”