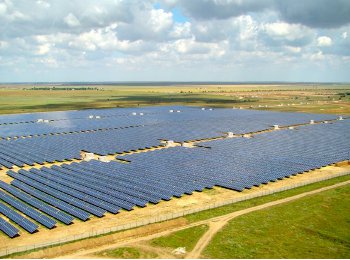 Crimean solar photovoltaic power plants totalling 200 MW are to be seized by Russian state-owned banks due to non-repayment of debt, according to a report attributing the statement to Russia’s energy ministry.

Solar power publication PV Magazine has reported that the banks involved include Russia’s Sberbank, VTB and VEB, and Oschadbank of Ukraine. Oschadbank puts its own debt from Crimean solar plants at €427m ($450m), while the total amount owed to Russian banks by Crimea’s solar sector is said to be around €800m.

The sector’s problems began after Russian annexation when the feed-in tariff (FiT) of €0.446/kWh, put in place by Ukraine in 2010, was reduced to €0.057/kWh in early 2014. At that point, operational plants became uneconomic and a number of projects under development were halted. In addition, power purchase agreements with Ukraine’s Energorynok state utility were cancelled.

Russia is reportedly mulling how to fix the situation, with measures under consideration including FiT increases, power supply contracts, developer subsidies and redistribution of debt. In addition, Russia aims to implement policy measures that will attract its own solar developers to Crimea, and to support manufacturing through a local content requirement.

Crimea has suffered from blackouts since its annexation. Under Ukraine – which featured the world’s highest FiT rates according to sector analysts – the region’s 300 MW of installed solar capacity supplied almost 7 per cent of its power.