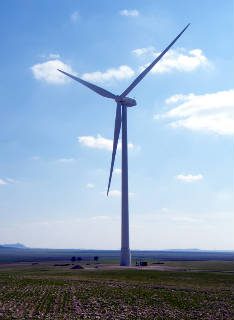 One of Poland‘s largest wind power projects, and the first for Alstom in the country, began construction this week.

Work was officially opened on the 90 MW Lotnisko wind farm, located at the northern village of Kopaniewo, in a ceremony on Thursday. Commissioning is scheduled for late 2015.

“Alstom is proud to contribute to this project, thus confirming our involvement in the development of the wind power sector and the effort to build a sustainable energy mix in Poland”, stated Yves Rannou, senior vice-president of Alstom’s wind business.

The Lotnisko wind farm represents the largest investment made by Polish utility PGE Capital Group in the renewable energy sector. The firm aims to build at least 234 MW of new wind power capacity between 2014 and 2016.