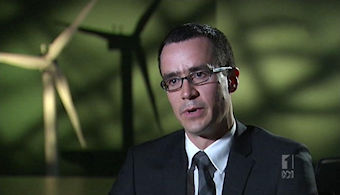 The government has been wrangling with the opposition Labor party and industry over the target since last year, when the Abbott administration proposed reducing it from 41,000 GWh/year to around 26,000 GWh/year, or 20 per cent of the nation’s power production. The proposal came after a controversial review process, with the government’s appointment of Dick Warburton, a self-declared climate change sceptic, to head the review sparking fears of investor flight. Those fears would seem to have been realized as investment in Australia’s renewables sector was reported in October to have fallen by 70 per cent due to the uncertain policy climate.

The most recent target offer from the government was 32,000 GWh/year, which was rejected by the opposition and termed “unacceptable to everyone” by Labor. In this week’s letter, the CEC proposed a target of 35,000 GWh/year with the stipulation that two agencies that had been destined for the chop, the Clean Energy Finance Corporation and the Australian Renewable Energy Agency, would be preserved.

Kane Thornton, CEC chief executive (pictured), said in the letter that the proposal “represents a major compromise for the clean energy sector, the government and the opposition” and that “it is in the national interest that both major parties support this proposal and finally resolve this issue.”

Among the companies supporting the compromise is GE Australia, which said agreement would “unleash some $10 billion of investment for Australia, including thousands of new jobs”. However, a spokesman for Friends of the Earth said: “Based on the Clean Energy Council’s own figures, this cut will result in 3312 less jobs in Australia’s renewable energy sector by 2020.”

No response from the government has so far been reported.