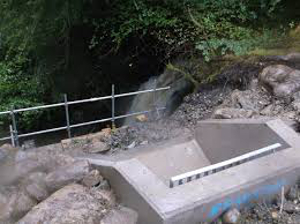 The scheme has been constructed on Forestry Commission land to the North West of the village of Callander in Perthshire. The run of river system diverts water from the river Teith down a hidden pipeline into a turbine before being returned to the stream downriver.

Once operational, the project is expected to be able to deliver up to à‚£2.85 million ($4.67 million) over a 20 year timeframe, which will support a range of community projects in Callander.

Steve Moore, senior relationship manager at Triodos Bank, which has granted the lion’s share of the project finance, commented: ‘This is the latest of a number of pioneering community-owned renewable energy projects financed by Triodos Bank, and we are particularly pleased that the Callander community is utilising the great potential of hydro power and paving the way for other community groups to follow suit.’