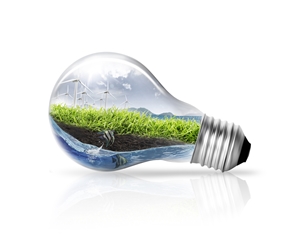 About “80 per cent of the energy, technology, finance and policy needed to make the transition to a low carbon economy is already in place”, according to Mark Kenber, chief executive of The Climate Group.

Speaking at the group’s tenth annual conference in London, Kenber said that the transition to a “clean revolution” was a “no-brainer for any smart business or political leader”.

“The global clean-tech market is already worth over $2.5 trillion and will grow to more than $5 trillion within the next 10 years – about the same as the GDP of Germany and France combined.”

Kenber also unveiled a range of clean-tech initiatives, including plans to recruit more companies to commit to a 100 per cent renewables target by 2020, a programme to enable access to clean energy in rural India and a major summit in China to promote networking among global clean-tech businesses.

A host of international political leaders and energy ministers used the stage at the conference to stress their commitment to a future of low carbon energy.

UK Energy Secretary Ed Davey said that “there is a huge business opportunity for those who grasp the green mantle”.

Scotland’s First Minister Alex Salmond said that renewable energy targets “aren’t just good for the environment, they’re good for the economy. They provide certainty for business and investors. Billions of pounds are being invested in infrastructure, and thousands of jobs are being created.”

China’s Ambassador to London, HE Liu Xiaoming, said that ‘eco-civilisation’ was the new guiding principle behind China’s current economic strategy, and that international collaboration and consensus was needed around low carbon economic growth. He also China was poised to unveil how it proposed to work with international partners in support of the Paris 2015 climate treaty negotiations.

And Suresh Prabhu, a former energy minister for India, said that his country had huge potential as an emerging market for the low carbon economy and stressed that to reap the rewards offered by green energy, India needs to “take a proactive leadership role”.

“There is incredible potential for India to become a hub for low carbon initiatives that will create jobs, lift people out of poverty, and increase access to education and health services for millions.”