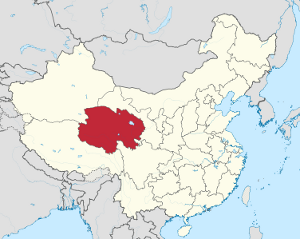 In a test designed to demonstrate the viability of 100 per cent renewable power, China‘s fourth-largest province was powered entirely by renewable sources last week.

From 17-23 June, energy for the northwestern province of Qinghai was supplied entirely by hydropower, wind and solar for the trial conducted by the State Grid Corporation of China.

Data from the local utility, State Grid subsidiary Qinghai Electric Power, put power use by the province’s 5.8 million people at 1 TWh during the seven-day period. Hydropower supplied 72.3 per cent of the power, with wind and solar providing the rest.

Over 80 per cent of Qinghai’s installed capacity of 23.4 GW already comes from renewables, including the 4200 MW Laxiwa hydropower plant on the Yellow River, which generates 10.2 TWh per year.

China’s Xinhua news agency said the staff at the Laxiwa plant began preparing the facility months before the test and worked overtime to make sure all went smoothly. Industrial power consumers in Qinghai reportedly saw no change in their power supply.

Qinghai’s 13th five-year plan aims to grow its solar and wind power capacity to 35 GW by 2020 and to export 110 TWh to China’s central and eastern regions.