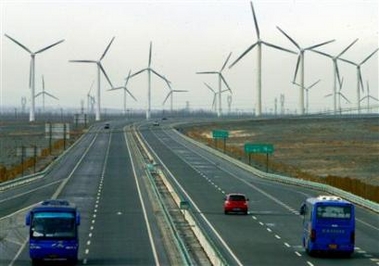 Over 20 GW of newly installed wind power capacity is expected for the sector in 2014 according to a new report from renewables consultancy Make, and this strong growth is set to persist in the long term.

Record public tenders and new project approvals in the first half of 2014 indicate that, by the end of the year, the sector will have fully recovered from almost three years of minimal growth, the report said. Make predicts that new onshore and offshore wind installations will exceed 230 GW by 2023, with onshore growth driving the near-term market and offshore growth increasing after 2018.

During the first half of 2014, Goldwind, one of China’s biggest wind power companies, posted revenues of over 250 per cent higher than in the same period last year. à‚ Vice-president Ma Jinru commented that Goldwind “has continued to adhere to a prudent management style. Within the context of a broad industry recovery, the group will take actions to maintain its competitive advantages, pursue innovative and lean management and strengthen its research and development capabilities.”

However, despite the recovery, the report found that Chinese wind projects have persistent problems with grid connection and curtailment. It also warned of the effects of an upcoming reduction in the nation’s onshore wind feed-in tariffs, expected within the next few months in conjunction with the release of a Renewable Portfolio Standard under the Thirteenth Five-Year Plan. à‚ Despite its strong growth, the wind industry could prove “very sensitive to à¢€¦ changes in policy support,” Make said.

China aims to align its prices for wind and solar power with thermal power prices by 2020.