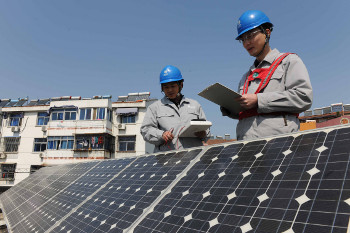 The delays could cause China to miss its target of installing 14 GW of solar capacity this year, allowing Japan to move ahead to the number one spot. Japanese solar capacity additions are expected to amount to 10.3 GW in 2014, added to its existing 11.9 GW.

Li Junfeng, director general of China’s National Centre for Climate Change Strategy and International Cooperation, has said he expects China to install less than 12 GW of large-scale and distributed solar capacity this year, with grid connection issues potentially reducing that amount to below 10 GW.

“There isn’t enough time to achieve the target,” Li was quoted as saying.

The delays in project approvals were a planned policy intervention designed to refocus the domestic market on rooftop solar installations. China aims to add up to 8 GW of distributed solar power this year, an increase of over 10 times 2013’s level.