China plans to more than double wind power capacity by 2020 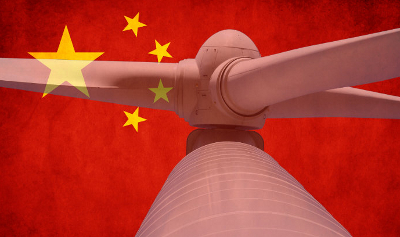 The world’s largest producer of wind power is aiming to more than double its existing output over the next six years.

The BBC reports that China has embarked on the greatest push for renewable energy the world has ever seen. The country currently has an installation capacity of 75 GW but aims to bring that figure to 200 GW by 2020.

The Chinese face critical challenges in bringing the vision to fruition. The windiest regions, such as Xinjiang, tend to be extremely distant from the biggest cities where the electricity is most needed and the construction of wind farms has often outstripped the building of the connections needed to link the turbines to the grid.

Meanwhile the grid is struggling to cope with the intermittent nature of wind power. The result has been that some wind farms have been ordered to shut down even on windy days – a process known as curtailment. Last year as many as 20-30 per cent of turbines across China were left idle at particular times but officials say the problem is now being tackled.

Despite these challenges, wind continues on an upward curve with positive outcomes for innovations and reduced costs.

In 2013 wind surpassed nuclear to become number three after coal and hydropower in China. The air pollution crisis in the country has contributed to wind’s accelerated growth.

The sheer scale of the wind market is encouraging mass production which has lowered prices and fostered innovation. Goldwind, for example, offers a turbine which does not need a gearbox but instead has a “direct drive” system designed to be cheaper to maintain.

According to Paolo Frankl of the International Energy Agency, developments in China will drive down prices globally. “As with any other things, what China does has an impact on the whole world and China is contributing to the reduction in the cost of wind in two ways:

“One being the most important market in the world with large deployments and, second, with a very robust and active manufacturing capacity.”

The Chinese government has set renewable energy as a strategic priority and supports the push for wind through a system of subsidies.