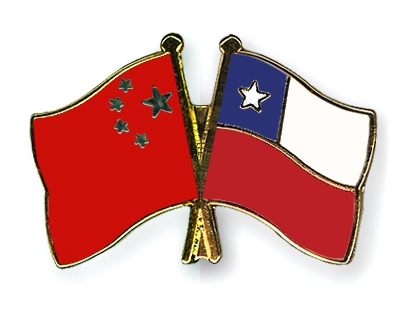 Latin America is one of the places where China’s growing economic leadership can improve, especially when it comes to the energy sector. Chinese presence in the region is as important, as any country shows a big interest in attracting investments from the Asian Giant. One of these countries is Chile, which has a big potential to produce electric power. The Chilean government has expressed its serious intention to strengthen its ties with China in an effort to drive energy projects. à‚

In a recent Asia-Pacific Economic Cooperation (APEC) group summit, held in Beijing, the three Latin American members of that group ” Mexico, Peru and Chileà‚ ” highlighted historical good relations with their host. Such good relationships can be seen in their trading partnerships, as China is Chile’s and Peru’s first trading partner and Mexico’s second, just after the United States. à‚

In 2006 Chile became the first Latin American country to sign a free trade agreement with China. During the last APEC summit, Chilean president Michelle Bachelet invited Chinese authorities and that country’s most important businesspeople to invest in the new challenges that the Chilean market will be facing, specially in the infrastructure and energy sectors.

The China Daily newspaper has noted Chinese interest in financing the construction of renewable energy projects such as hydropower and solar facilities. Chile’s territory alone features several areas with high solar irradiation, such as the Atacama Desert, an ideal place to set up photovoltaic plants.

Chinese firm Yingli Green Energy ” also known as Yingli Solarà‚ ” is expected to play a key role in the development of solar projects in Chile. Yingli is the world’s largest producer of photovoltaic cells. This year in Santiago the company openedà‚  its third office in a Latin American country ” after having opened one in Mexico City and another in Sao Paulo. At the moment, Yingli cells generate 25 MW in Chile, but its presence is expected to grow in the coming years.

President Bachelet invited Chinese Prime Minister Li Keqiang to visit Chile in 2015 with the aim of gaining investments. Since both countries signed the free trade agreement in 2006, commercial exchange has grown considerably, but it has not been the same for investments. Ms Bachelet called this fact “an unfinished business”.

Chinese newspaper The People’s Daily reports that Bachelet’s hopes to bring Chinese investments to Chile are based in the free trade agreements signed with 61 countries.à‚  Chile aims to encourage renewable energy facilities with (hopefully) the helping hand of China. The Chilean government wants to reduce carbon dioxide emissions by 20 per cent from current levels by 2020. To achieve this goal, experts have warned, it is essential to promote renewable, non-conventional projects such as tidal energy and geothermal power stations, apart from solar and wind plants.

Chinese investments in Chile and Latin America as a whole are also a way to encourage the Asian Giant’s economic activity, as China features plenty of companies that produce the materials and equipment needed to operate renewable projects. China gets new markets for its companies by financing renewable power plants. Chile’s bet for clean energy makes the country an indispensable place for Chinese investments.