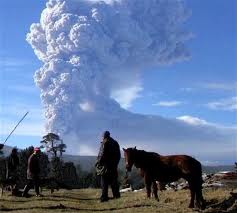 While Chile’s southern Aysen region is well-known for its water resources, difficulties in developing hydropower projects that face opposition by green groups has put geothermal power on the table, as the area features also several volcanoes.

Aysen’s Regional Council has approved a plan titled ‘Estimation and valuation of Aysen’s geothermal potential’, which will study the area’s geothermal capacity over a two-year period.

La Nación newspaper reports that the plan will be financed by the Innovation Fund for Competitiveness (FIC).