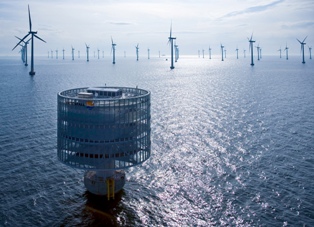 British Gas owner, Centrica, is down to just two small operational wind farms after selling its stake in the 30-turbine Barrow project in the Irish Sea to Denmark’s Dong Energy.

The latest retreat by the company from wind energy has seen it sell its 50 per cent stake in Barrow, which is capable of providing power for 90,000 homes, for à‚£50m.

The company’s withdrawal from the sector began last year when it failed to secure consumer-funded subsidies for its à‚£2bn Race Bank project, off Norfolk, in south east England. Centrica also shelved the Celtic Array project this year, claiming it was uneconomic, and taking a à‚£40m write-down in the process.