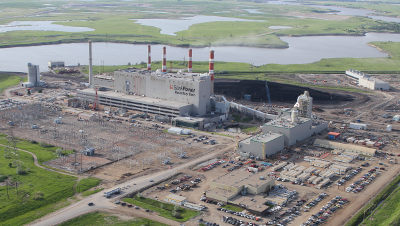 The head of the firm managing the world’s leading carbon capture and storage project says the technology might struggle in the absence of partnerships with the oil industry.

Mike Monea, SaskPower’s head of carbon capture and storage initiatives, told the Financial Times, “Enhanced oil recovery is an essential component for the economics of the project. We’re lucky.”

The project’s long-term financial viability is underpinned by a 10-year deal to sell all its captured carbon dioxide to another company, Canadian oil group Cenovus Energy, so the gas can be injected into nearby ageing oil fields to boost flagging recovery rates ” a process known as enhanced oil recovery.

Cenovus is also paying for a 66km pipeline taking the captured carbon to the oil fields, said Mr Monea.

The company expects to be able to keep selling captured carbon dioxide for the 35-year life of its Boundary Dam plant but says their access to the oil fields has a lot to do with current viability, something that isn’t a given in other global regions

Monea told the FT that other markets for CO2 could eventually develop and the process would become more viable if the price of carbon rises high enough.

“Our next plant will be 30 per cent less expensive,” he said. “The more deployment, the more people learn how to bring down costs. There are some things we built in a way we would never construct in the same way again.”

The Boundary Dam plant will capture 1m tonnes of carbon dioxide each year, the equivalent of taking 250,000 cars off the road, SaskPower says.

“But for carbon capture to become widespread, governments will need to provide it with the same sort of financial support they already offer to renewable energy technologies, and make sure the longer-term price of carbon is high,” he said.