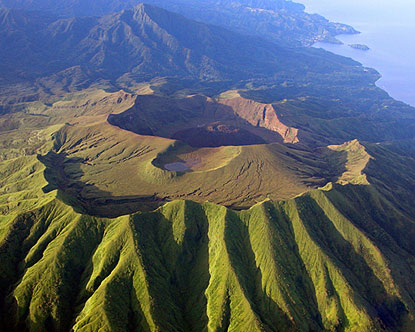 A geothermal power plant on the Caribbean island of St Vincent is set to come online by 2018, the government has said.

The plant, which is planned to produce between 5 MW and 15 MW of power, will be located at Mount Soufriere (pictured) on the island, which features an active volcano.

Dr Ralph Gonsalves, prime minister of St Vincent and the Grenadines, said in an interview with Jamaican newspaper The Gleaner that explorations to date “support earlier conclusions suggesting that Mount Soufriere is hosting a high-temperature geothermal reservoir of commercial use”.

St Vincent and the Grenadines continues to seek further funding for the project, Gonsalves said. The nation has held talks with, among others, the International Renewable Energy Agency (IRENA), the Caribbean Development Bank and the Japan International Cooperation Agency.

“It is expected that by June next year, a business case model will be available and drilling can commence after all contracts and the private-public partnership agreements have been negotiated and agreed,” Gonsalves said.

Power generated by the plant will be distributed by state-owned St Vincent and the Grenadines Electricity Company (VINLEC).