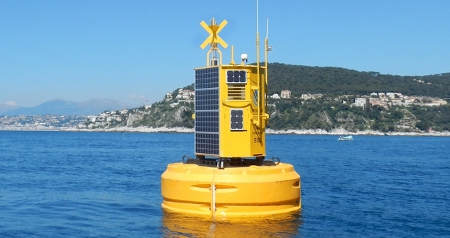 The FLiDAR features state – of – the art measurement equipment including a Leosphere LiDAR mounted on a standard marine buoy that is powered by micro PV wind power technology.

A deal has been signed with Belgian technology providers FLiDAR NV, for the launch of the floating device to the site almost 16km off the Fife Ness Coast early next year. Prior to its launch, the device will also be the first to be validated at Narec’s newly installed Offshore Anemometry and Research Platform located off the coast of Blyth, Northumberland in England.

Neart Na Gaoithe is seen as a flagship project for offshore renewables in Scotland.

The project received planning consent for the onshore works connected to the wind farm in June 2013 and a decision on the offshore elements is expected by the end of this year.