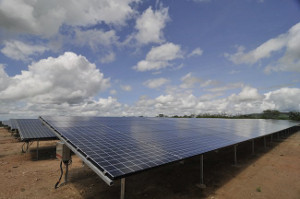 Brazil has held several renewable energy auctions over the past several weeks. One of the most important, the nation’s first solar auction, awarded 500 MW in projects.

Wind projects have been awarded as well, with a total capacity of 769.1 MW. Wind projects must be operational by early 2017. à‚

Brazil is largely dependent on hydropower, but needs to diversify its energy matrix due to the droughts that affect the country.