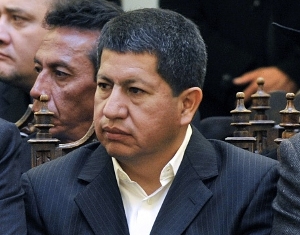 The Brazilian and Bolivian governments are putting the finishing touches to a memorandum of understanding in the area of hydroelectric power development.

The two countries are aiming at the development of two hydroelectric power projects focused on the expansion of electricity generation and exchanges, Bolivian Hydrocarbons and Energy Minister Luis Alberto Sanchez said.

The Rio Madera and Cachuela Esperanza hydroelectric facilities are the two projects in question with agreement designed to spur viability, design and construction studies.

Brazil’s electricity demand is growing by 3000 MW annually and  Sanchez said Bolivia could go in “a new direction” that could help it “become a large-scale producer of electricity, and with an important market like the Brazilian one.”

The minister visited Brazil last week and met with his counterpart, Eduardo Braga, and executives from Eletrobras.

Brazil expressed interest in finding “ways to promote exchanges of energy between the countries to increase the region’s energy security for the benefit of both nations,” the minister said.

The Rio Madera binational project could generate 3000 MW, while the Cachuela Esperanza project is expected to generate 700 MW.