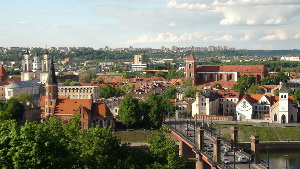 Fortum and Lietuvos Energija have revealed plans to build a waste-to-energy combined heat and power plant (CHP) in Kaunas, Lithuania.

According to current plans, the new plant will use annually approximately 200,000 tons of local municipal waste to produce heat to Kaunas city district heating network, which serves approximately 111,000 households and 3,500 businesses.

Expected to be commissioned in autumn 2019, a new joint venture, UAB Kauno kogeneracinà„– jà„–gainà„– (KKJ), will develop the project. UAB Fortum Heat Lietuva will be a minority owner of this joint venture.

Total investment on the plant is anticipated at approximately EUR 150 million, of which Fortum’s direct commitment is some EUR 20 million. The establishment of the joint venture is subject to EC merger clearance. The decision is expected by end of 2015.

Vitalijus à…½uta, head of UAB Fortum Heat Lietuva, said ‘We have very good experiences from our first waste-to-energy plant in Klaipeda, Lithuania, which has been in operation since spring 2013.’