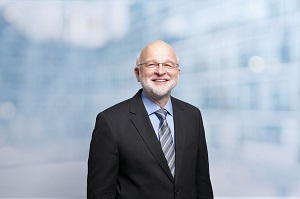 German-Lithuanian power and heat utility Danpower Baltic is suspending its investment in Lithuania for two years, the firm’s managing director has said.

Manfred Schuele (pictured) was quoted by newspaper The Baltic Course as saying that his firm was “confident things will improve” in the country, but “at the moment, we see no reason to invest further until uncertainties are resolved”.à‚

At issue is the country’s policy framework, which Schuele said does not provide equal opportunity for all market players, as well as ongoing concern over a potential glut of heating plants.

“We think that the heating sector is a good market and we want to participate in it. We intend to look at what happens in the next two years before making decisions on further investments,” Schuele reportedly said.

In April 2017, Danpower Baltic asked the European Commission to examine the justification for Fortum and Lietuvos Energija’s €160m Kaunas CHP project, given the existence of its own facility.

And in May, Danpower Baltic sued to block €150m in EU state aid for Lietuvos Energija’s €350m CHP project in Vilnius. Danpower Baltic’s own €10m, 25 MWe CHP plant in the city came online in 2015.à‚

In a 2016 interview published on Danpower Baltic’s website, Schuele said that other firms’ projects “will of course affect our business, especially in Kaunas, because, as far as I know, construction of the cogeneration power plant is supported by the EU with the allocation of tens of millions of euros. Of course, this will contribute to greater competition.

“However, we are not afraid of it, because in Germany we face competition permanently and we are used to it. There is, however, another problem: when the conditions are not equal for all market participants or certain projects are prioritized.” à‚

He said that, in Lithuania’s energy market, there is “influence, which is not of an economic, but of a political nature. It comes from certain groups and individuals, therefore it causes problems.”

And he argued that Fortum and Lietuvos Energija’s Kaunas waste-to-energy project produces heat “where no heat is actually required from the plant”.

“All of this is argued by the waste management need,” he said. “I would say that these topics are completely unrelated. If you wish to manage waste, it can be done without intervention. If you wish to produce heat and electricity, waste is not necessary, because there are other fuels, which may be more appropriate.” à‚