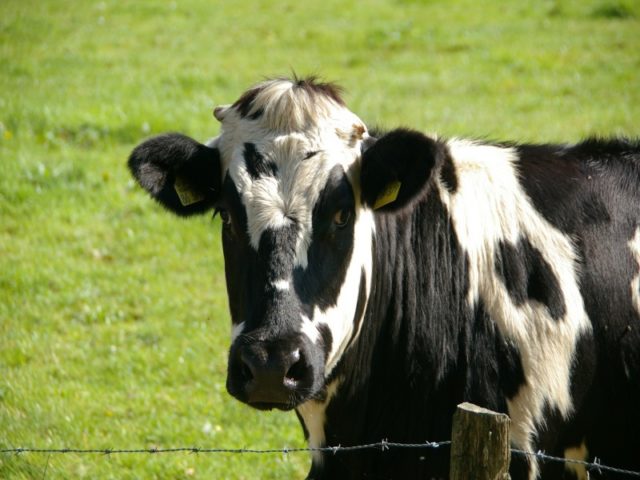 In the UK, biomethane obtained from cattle manure and straw has been connected to National Grid’s gas transmission system for the first time.

The biomethane was connected from a farm in Cambridgeshire in the east of England to the Gas National Transmission System for the first time at the end of July.

Estimates vary amongst researchers but livestock is reckoned by some scientists to be responsible for up to 14% of all greenhouse emissions from human activities, according to the Food and Agriculture Organisation of the United Nations.

While some scientists are concentrating on limiting how much methane cows produce, others have rather been looking at how to use the methane that cannot be avoided.

The Murrow Anaerobic Digestion Plant in Cambridgeshire is operated by Biocow Ltd, which produces renewable gas by breaking down cattle manure and straw.

The process is called anaerobic digestion and involves sealing waste in tanks without oxygen, where the material is broken down by naturally occurring micro-organisms into biogas.

The pipeline can support flows of up to 15,000 standard cubic meters per hour, which is enough for the annual gas consumption of 10 average households every hour.

Ian Radley, the head of gas systems operations at National Grid, said biomethane will play a critical role in decarbonising their gas networking, alongside hydrogen, in Britain’s journey to achieve a net-zero position.

“We’ve collaborated closely with Biocow on this innovative project to ensure we met their needs and ultimately successfully connected their site to the National Transmission System, supporting the transition to a low carbon economy and paving the way for similar projects in the future,” said Radley.

The managing director of Biocow, Chris Waters, said they look forward to continuing their collaboration with National Grid as they develop their site at Murrow. “This joint project with National Grid is a very important step in Biocow’s keen commitment to continue pioneering new and innovative ways to inject green gas into the grid.”