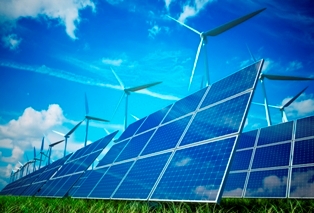 Europe could save €45bn ($58bn) by 2030 if renewable energy installations were built on sites that offer the highest power potential, according to a new study by Siemens.

The engineering company has identified considerable potential for optimisation, especially in connection with plans to expand power generation from renewable energy sources.

Its report states that “the crux lies in the choice of location: If installations were built at the sites in Europe that offer the highest power yields, some €45bn of investment in renewables could be saved by 2030.”

Michael Suess, chief executive of Siemens’ Energy Sector, said: “In Europe, just the new photovoltaic capacity alone to be built by 2030 amounts to about 138 gigawatts. If these facilities were erected at the sunniest sites, we could save 39 gigawatts of solar equipment ” for the same power yield. The choice of site is crucial to the efficiency and economy of wind power, as well.”

Siemens is working with the Technical University of Munich to examine energy systems worldwide with the aim of ascertaining their utilisation rate of resources, reliability of supply, sustainability and cost-efficiency.

Based on the premise that billions are being wasted every year as a result of inefficiencies in worldwide energy systems and markets, the study intends to precisely identify and quantify these losses and to propose solutions.

Siemens will present its findings at the World Energy Congress in Daegu, South Korea in October.