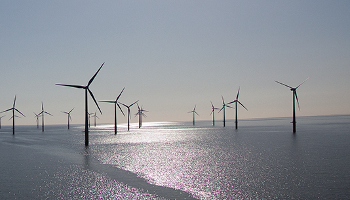 Vestas (OMX: VWS) has secured a contract to supply its V112-3.0 turbines to the Eneco Luchterduinen offshore wind project off the Dutch coast.

The Danish company will supply the wind farm, jointly owned by Eneco and Mitsubishi in the Netherlands with 43xV112-3.0 MW wind turbines as well as a 15-year full-scope AOM 5000 service and maintenance agreement for the project being built 23 km off the coast between the cities of Zandvoort and Noordwijk.

Vestas will pre-assemble the turbines at its facility at the port of Esbjerg, Denmark instead of transporting directly to the wind farm.

Construction of the project, which will generate enough electricity to power around 150,000 households, will begin in July 2014 and will be completed by mid-2015.

Vestas senior vice president Vinther-Schou lauded the importance of this particular turbine for his company referring to it as “a turbine that since its introduction in 2010 has become a bestseller for Vestas with firm orders for both off- and onshore versions now totalling more than 4,500 MW.”