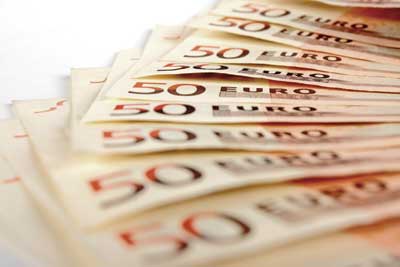 Picked one? Well, I’ve no idea which country you chose, but I bet it wasn’t Austria ” which is the answer according to new research.

The landlocked country ” the 114th biggest in the world ” came top in the Energy Investment Map, a report launched today by UK firm PA Consulting Group.

The map assesses the investment credentials of 14 European countries and the business case and risk assessment factors for ten different technologies. Austria came first because of its wind, hydro and biomass investment opportunities.

Norway and Denmark rank second and third thanks to their commitment to onshore wind, Sweden comes fourth with a high renewable index score for hydro power, the UK is fifth and Germany is sixth.

However, PA Consulting finds that France, Ireland, Finland and Spain are “all falling short due to low or no feed-in tariffs”.

“In Germany, for example, the feed-in tariffs for wind power are almost two times higher than in Ireland,” states the report. “All countries except Finland have high country risk for renewable investments as a result of the debt crisis. However, the situation in France is expected to improve as the government looks to increase the share of renewables with high incentives seeing offshore wind as the most profitable.”

In the UK, the publication last week of the government’s Energy Bill has brought “far greater certainty to investors interested in the UK for renewable, low carbon and conventional energy generation”, states the report. Mark Livingstone, energy expert at PA Consulting, said: “We expect scores to shift once likely strike prices for low carbon contracts-for-difference and further details on capacity market auction prices are understood.”

He added that Chinese investors and international funds are showing “significant interest” in UK infrastructure assets. “The UK is an attractive long-term prospect for electricity sector investment but is in the midst of a major policy transition, changing incentives for new generation for decades to come.”

“Offshore wind and nuclear new build are both options with particularly strong support relative to other countries. Going forward, the UK government wants innovation to drive down low carbon generation costs so future support levels will decrease. Onshore wind and gas face uncertainty but are important elements in the generation mix.”