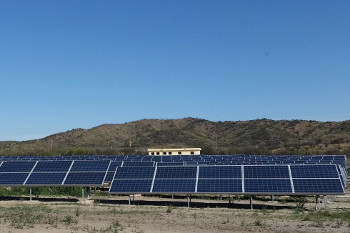 Argentina‘s second utility-scale solar power plant, and the first in the central province of San Luis, is now generating electricity.

Under its proposed Renewable Energies Promotion and Development plan, San Luis province would aim to install 3 GW of PV power by 2030. The plan has been signed by San Luis’s governor and is currently awaiting approval by the region’s parliament.