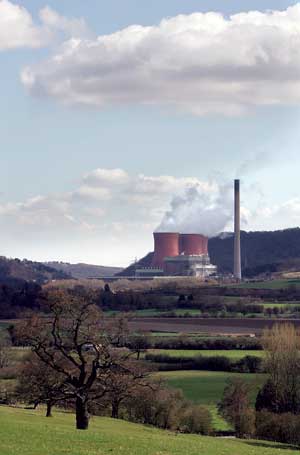 A fire, which broke out at the Ironbridge biomass-fired power plant in Shropshire, England on Tuesday has been successfully put out.

Firefighters engaged the scene at a turbine hall in the plant, while the electricity generating turbines were isolated.

à‚  Emergency services were called to the scene at around 6am and 50 firefighters are in situ. The fire was eventually put out late on Tuesday afternoon.

à‚  A spokeswoman for Shropshire Fire and Rescue Service said there had been no reports of injuries. She said the fire was located in one of the bearings of the main turbines and confined to the turbine hall.

à‚  The power station, originally coal-fired, was converted to burn wood pellets last year ahead of its planned closure in 2015.

à‚  It can generate enough electricity to power the equivalent of up to 750,000 homes.

à‚  Fire officer Guy Williams said the fire service had significant resources at the scene to bring the fire under control and prevent any environmental damage, and particularly to prevent water from the site reaching the nearby River Severn.

à‚  The cause of the blaze at the E.ON-run facility has yet to be determined but it is the second large fire to affect a biomass plant in the UK in recent years.

à‚  RWE closed down Tilbury power plant in July, a year on from a blaze that consumed what was then the largest 100 per cent biomass-fuelled power plant in the world.