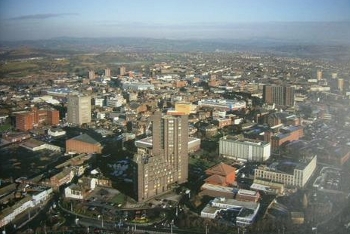 Stoke-on-Trent, England is seeking investment of over $46m (à‚£28m) in order to build the UK’s biggest district heating networks.

Stoke-on-Trent City Council is aiming to use geothermal energy to heat homes and businesses in the city. The authority secured à‚£20m of Government funding for the project through Stoke-on-Trent and Staffordshire’s City Deal, and will also invest à‚£3.4m of its own funds.

But most of the money for the à‚£52m network is expected to come from the private sector.

The city council has now been awarded a à‚£224,450 grant from the Department for Energy and Climate Change to prepare a business case to help attract private investment.

Councillor Andy Platt, the city council’s cabinet member for green enterprises and clean city, said the awarding of the grant was a sign the project was going well.

He said: “We’ve worked really hard over the past year to secure government investment so that we can deliver on our plans to bring energy price stability to homes and businesses across our city. The fact that ministers have released this funding within two weeks of signing the City Deal is a ringing endorsement of our proposal for the biggest heat network in the country.

The project will involve drilling a borehole in order to access the high temperatures deep underground. Hot water will then be pumped to the surface, and then to business and 1,000 homes on an 11km network spanning the city centre, Etruria Valley and Stoke town centre.

The scheme is expected to generate 45 gigawatt hours of heat and cut the city’s CO2 emissions by 12,000 tonnes each year by 2018, according to the Sentinel newspaper.

Sara Williams, chief executive of the Staffordshire Chambers of Trade, told the newspaper: “I think there will be a lot of private sector interest in this project as energy is an issue that isn’t going to go away. Companies want to find an alternative source of energy that’s more sustainable and isn’t prone to big fluctuations in price, and district heat fulfils those demands.