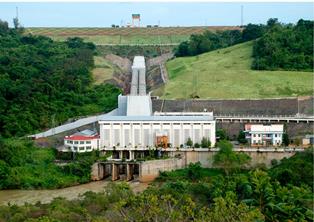 Alstom has won a contract worth around €13m ($16.8m) from Electricity of Vietnam (EVN) to carry out an extension project to Thac Mo hydropower plant in Vietnam.

The project will see Alstom increase peak load capacity from the existing 150 MW power station with 75 MW of additional power.

The equipment Alstom will supply will include a vertical Francis turbine of 75 MW, a generator and control systems.

President of Alstom Renewable Power Jerome Pécresse said the project would “showcase our technological leadership in the hydro sector”.

The main turbines and generators will be manufactured at Alstom’s Vadodara facility in Gujarat, India.

Electrical and mechanical balance-of-plant items will be supplied from various countries including Vietnam.

The existing Thac Mo power station has two 75 MW Francis-type turbines and was commissioned in 1995. It supplies power to the national grid of EVN covering the southern part of Vietnam.