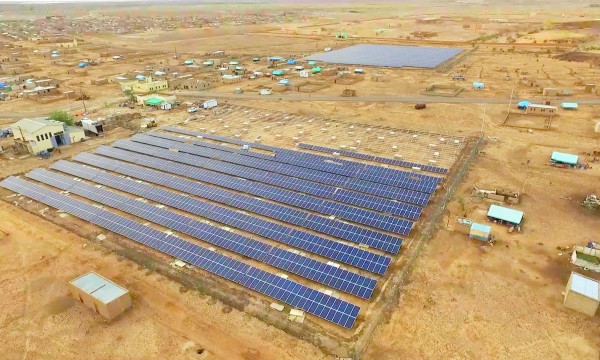 The largest solar PV plant in Africa has been inaugurated in Mauritania’s capital city, Nouakchott.

The 15 MW Sheikh Zayed plant was built by UAE renewable energy company Masdar at a cost of $32m and will account for 10 per cent of Mauritania’s energy capacity.

Mauritania’s grid is powered mostly by diesel generators and currently has an installed capacity of only 144 MW, resulting in severe energy shortages, while its energy demand is increasing by 12 per cent a year.

Mauritania’s president Mohamed Ould Abdel Aziz said the plant – which consists of 29,826 micromorph thin-film panels – “proves that renewable energy can play a major role in the development of our country”.

He said that “energy access is a pathway to economic and social opportunity” and added: “Electrification, through sustainable sources of energy, is critical in ensuring our people have access to basic services and is a step toward improving our infrastructure and long-term economic development.”