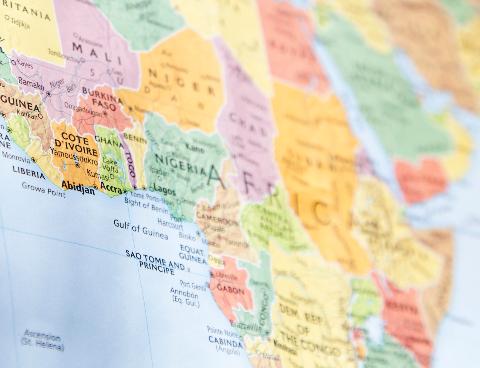 In Cameroon, the national electricity supply has been notoriously unreliable and subject to power cuts for many years. Now, three projects financed by the African Development Bank for $121.4 million in 2010-2011 are at last starting to provide Cameroonians with reliable electricity.

Completion of work on transmission lines, line maintenance, and especially the replacement of wooden electricity distribution poles with concrete poles are all part of the system improvements, whose goal is to increase the quality and reliability of public access to electricity.

The Lom Panga storage reservoir project is complete, but the dam’s generating plant is still under construction. In the meantime, two other power plants, Kribi and Dibamba, have begun working to strengthen Cameroon’s generating capacity.

In November 2011, the African Development Bank awarded $62.9m for the construction of Lom-Pangar, the hydroelectric generation’s ‘lungs’ in the country’s east region.

The project included the construction of a reservoir (6 billion cubic meters of water retained) for regulating the Sanaga’s flow and optimising generation during low water periods at the Song Loulou plant (335 MW) and the Edea plant (224 MW).

A 30MW hydroelectric generating plant is under construction at the base of the dam. It will be linked to the Bertoua thermal plant by a 105km 90kV line that should start to work in May 2021 following the installation of an evacuation station and the construction of its four turbines.

Lom-Pangar will provide electricity to 150 locations in the region and will significantly reduce power cuts in the area.

“The Lom-Pangar dam will help save water in other reservoirs,” said Theodore Nsangou, the general director of the Electricity Development Corporation (EDC), in an interview with a government publication in March 2018.Sign up for the ESI Africa newsletter

The 216 MW capacity Kribi gas-fired generating plant began to work in 2013 after receiving $32.8m from the African Development Bank in July 2011 for an expansion project.

Its production goal is 330 MW. Currently, the power plant has a 100km 225kV transport line connecting it with the Magombe substation in the Edea region in the country’s south region. The plant operates with natural gas (with light fuel oil as an emergency backup) from the Sagana South offshore gas field.

During the dry season, the Kribi plant and its nine simple cycle gas turbines are truly the system’s ‘oxygen’, maintaining the country’s energy flow, particularly to the south’s interconnected system, which receives its electricity from Kribi.

The Dibamba heavy fuel oil generating plant was also designed to meet the serious problem of power cuts during the dry season. It was the first of the three plants to receive financial support from the African Development Bank of $25.6m in April 2010.

Built to mitigate the country’s shortage of electricity, high demand quickly outpaced its capacity the day after it began operations.

Located in the outskirts of Douala, Cameroon’s second-largest city, Dibamba is an 86 MW thermal generating plant with a 2km 90kV transport line linked to the network serving the most remote and densely populated areas in the country’s west region.

The importance of hydropower in Cameroon

With an estimated 23,000 MW hydroelectric production capacity, Cameroon has the second-largest hydroelectric potential in Africa and the 18th largest worldwide. The country plans to complete the development of its hydroelectric industries by 2035.

Construction of the Nachtigal hydroelectric generating plan began in 2019 and will be completed in about five years, with an estimated generating capacity of 420 MW.

The African Development Bank has awarded a funding package of $154.8m for the completion of this generating plant. Other development partners, such as the World Bank, the European Investment Bank and Proparco, are also involved.