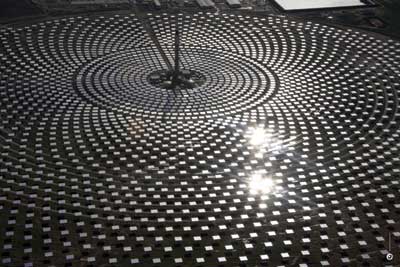 Masdar has filed a complaint with the Washington DC-based International Centre for Settlement of Investment Disputes (ICSID), which is a member of the World Bank Group, citing the Spanish government’s decision to place retroactive changes to its renewables support schemes.

The renewables company owned by the government of Abu Dhabi has made the move despite the changes being in a ‘still-pending’ state.

As an investor in Torresol Energy, Masdar is partial owner of the 19.9 MW Gemasolar CSP project, which was commissioned in 2011 near Seville.

It’s the fourth occasion on which foreign investors have taken action against the Madrid government for initiating the changes to the country’s support schemes.

Several investment funds are known to be seeking compensation from Madrid at the Paris-based International Court of Arbitration, and German utilities RWE and Stadtwerke München are also understood to be mulling lawsuits, given their investments in the Andasol 3 CSP project and a number of wind farms.

Arbitration cases at the ICSID typically take more than three years to reach a resolution, according to legal experts.