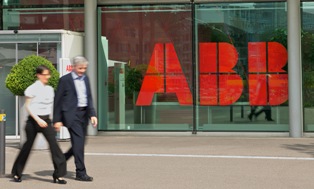 , who has been in the role only since September last year.

At a press conference after the ceremony, Spiesshofer said that “there is a correlation in a company between doing well and doing good”.

He added that he believed that “solar in 2030 will have the same relevance in the global energy mix as nuclear.”

After turbulent times of rising and falling prices and consolidation, he added that “solar will find its way back into a prospering business”.

The $4m Zayed Future Energy Prize, established by the United Arab Emirates government, is split into five categories and is awarded to companies, organisations, schools and individuals that have made significant contributions to the future of renewable energy and sustainability.

The other winners were India‘s Abellon CleanEnergy in the SME category, Fraunhofer Institute for Solar Energy Systems as NGO, Wang Chuanfu won the lifetime achievement award and five high schools from around the world took prizes in the Global High Schools category.

Wang Chuanfu is founder and president of Chinese battery maker BYD. He said: “It is a great honour for me to be recognized with this award. I want to stress that the award is not only for me, but also for the 180,000 BYD employees, as well as for the people who take action in making the world a more sustainable place. The award will continue to motivate us to develop more advanced and greener technologies and making contributions to society.”

Dr Sultan Ahmed Al Jaber, director general of the prize, said: “The collective efforts of our winners and finalists are positively impacting communities around the world. Today, alumni of the prize are delivering access to energy and water to millions, championing the deployment of renewable energy and are creating job and education opportunities.”