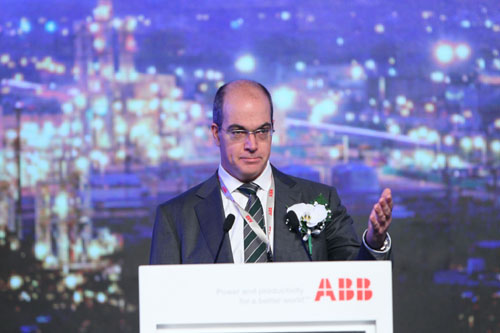 ABB (SIX:à‚ ABBN) has delivered a microgrid to Faial, which will enable the tiny mid-Atlantic island to bolster its wind capacity, while continuing to maintain grid stability.

Faial is one of nine volcanic islands in the Azores, a Portuguese archipelago located midway between Europe and North America, about 1,500 kilometers from the mainland.

The island of 15,000 inhabitants has an electricity network which operates as a self-contained microgrid, powered by six oil-fired generators that produce up to 17 MW of electric power.

The local power utility, Electricidade dos Aàƒ§ores (EDA) has installed five wind turbines as part of its efforts to boost capacity by more than 25 per cent and minimize environmental impact on Faial, where tourism is an important industry.

à¢€Å“ABBà¢€â„¢s technology will facilitate the control and monitoring of all the wind turbines and oil-fired generators on the island,à¢€ said Claudio Facchin, head of ABBà¢€â„¢s Power Systems division in an emailed statement. à¢€Å“This is an important function as the intermittency associated with wind energy can cause frequency and voltage fluctuations that can destabilize the microgrid, and in extreme cases even lead to power disruptions and blackouts.à¢€

The control solution, a flagship technology of the recent Powercorp acquisition, will calculate the most economical configuration, ensure balance between supply and demand, maximize the integration of wind energy and optimize the generators so that the entire system performs at peak potential.

The integration of wind energy combined with ABBà¢€â„¢s innovative solution will save an estimated 3.5 million liters of fuel per year enough for a car to travel about 2,300 times around the world. This has the potential to reduce annual carbon dioxide emissions by around 9,400 tons.

ABB has previously delivered solutions to integrate renewable energy into the diesel-based power systems of the Azorean islands of Flores and Graciosa.