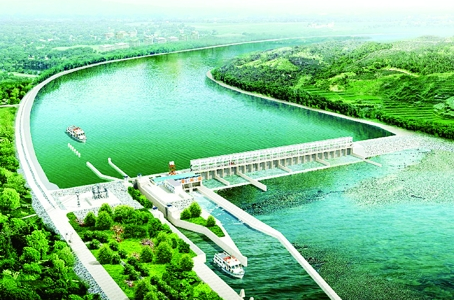 Works have been halted at a $942m hydroelectric power plant in Brazil due to protests by a local indigenous tribe.

The São Manoel hydropower plant, located near the border of Mato Grosso and Pará states, has been paralysed by the actions of the tribe who want a formal demarcation of their lands to be put in place. They also claim that ceremonial urns uncovered during the works need to be returned before the development is allowed to proceed on the Teles Pires river.

“The works have been completely halted … We will remain here until our demands are met,” Valdenir Munduruku, one of the leaders of the protest group told Reuters.

The plant is owned by Portugal’s EDP Energias do Brasil, China Three Gorges Corp [CYTGP.UL] and Furnas, which is controlled by Brazil’s Eletrobras.

The protesters are seeking demarcation of the 178,173- hectare (440,275-acre) Sawré Muybu indigenous territory where the Munduruku people live.

Eletrobras declined to comment. The company owned by EDP Brasil and China Three Gorges that controls the plant said in a statement that it was negotiating with the tribe to try to find a solution to the conflict.