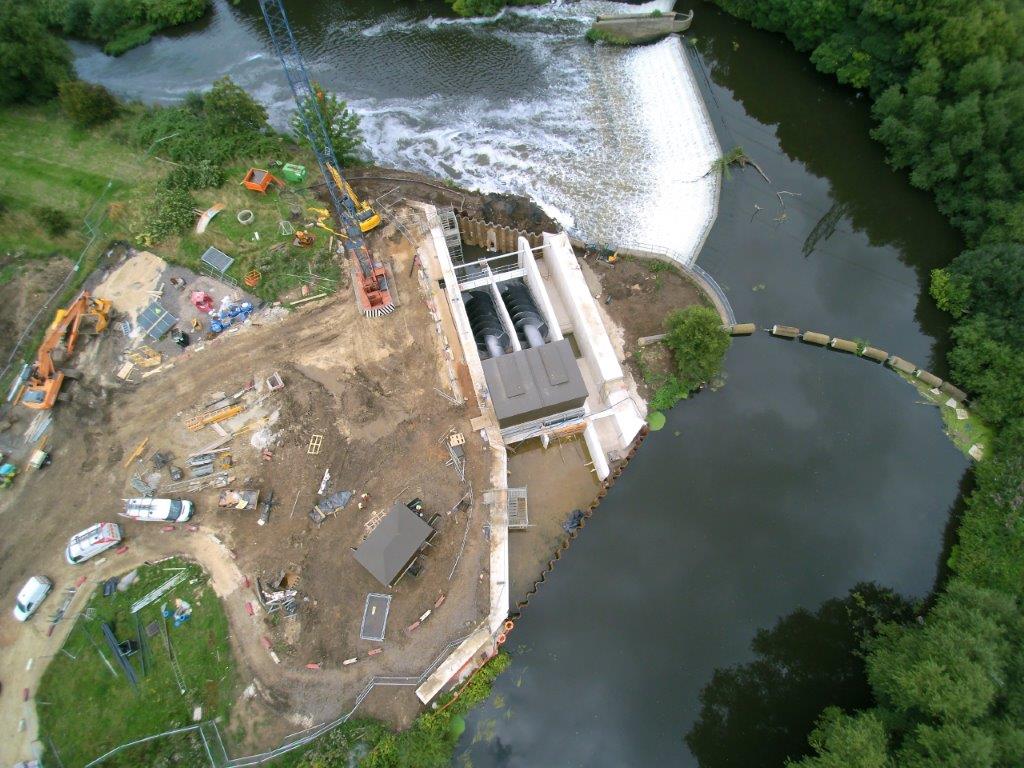 A new hydroelectric power plant, the largest low-head river hydro plant ever to be built in Yorkshire and the largest plant commissioned in the UK in the last three years, has started generating electricity using the flow of the River Don.

It was officially opened on Friday by Rt Hon John Healey MP and Richard Mercer, Head of Utilities at the Canal & River Trust.
Located near the village of Kilnhurst and five miles north-east of Rotherham, the hydropower scheme uses the flow of the River Don to power two large turbines to generate renewable electricity, enough to supply 300 homes in perpetuity.

The à‚£2.1m plant, developed by Barn Energy and Yorkshire Hydropower, will generate electricity 24/7, 10-11 months of the year, for the next 100 years. It has been completed on time, on budget and with 80 per cent of the contracts placed with British companies, many of them local to the area.

As part of the project, Barn Energy has built a fish and eel passage to enable salmon and trout to swim upstream in the direction of Sheffield and help the River’s eel and elver populations recover.à‚  With the passage in place, it is hoped that salmon will eventually return to Sheffield to spawn, something which has not been seen for more than 100 years given the past pollution of the River Don and the obstacle that weirs are to migrating salmon, trout and other coarse fish.