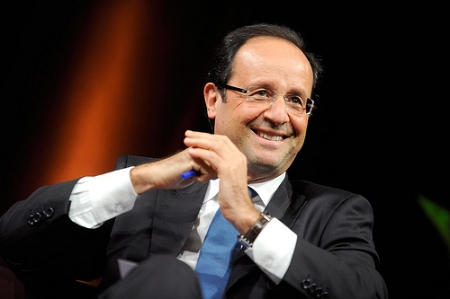 India and France have co-announced a global alliance which aims to add 121 signatories to a pledge to generate around $1trn in investment in solar power.

The International Solar Alliance strategy is to develop the solar power potential primarily in tropical countries where sun is abundant but energy is not.

Included in the prospective list of 121 signatories, are the US and China, as well as a long list of developing countries situated between the Tropics of Cancer and Capricorn.

Franàƒ§ois Hollande, the French President, said: “Countries who have the most sun represent only a small part of the global production of solar powerà¢€â€°.à¢€â€°.à¢€â€°.à¢€â€°How can we reduce energy inequality? By technology and by financing.”

They will also agree to push for new solar projects around the world, with an aim to “mobilise $1,000bn” in funds by 2030 needed for a “massive deployment of affordable solar energy”.

The launch came on the first day of the COP21 conference in Paris to seek a new global deal to reduce global greenhouse gas emissions.

The solar pledge falls short of an Indian demand that signatories reaffirm a pledge of $100bn a year from rich countries to poorer ones from 2020, to help with emissions reduction and climate change adaptation.

James Watson, CEO of SolarPower Europe welcomed the announcement saying, “We commend PM Modi and India for spearheading this collaborative initiative which recognize solar as a key solution to fight climate change whilst providing clean and affordable energy to millions of people. We wish the International Solar Alliance a fruitful two weeks in Paris and look forward to future cooperation”.