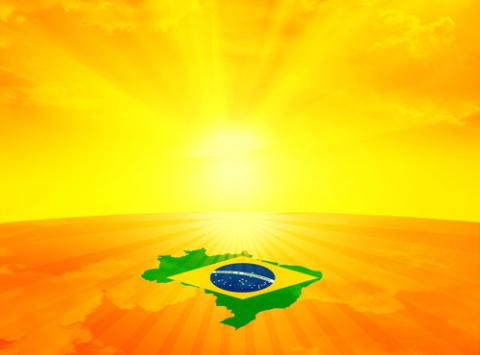 According to Bloomberg, CCEE could buy as much as 2 GW of renewable energy at the event, with analysts predicting 500 MW of that total to come from solar power.

Sunlight in Brazil is almost twice as strong as Germany, according to the US National Renewable Energy Laboratory.

Severe drought has had a formidable effect on Brazil’s power generation capacity, with the government now more motivated to diversify the mix away from dependency on hydroelectric power.

Brazil’s energy regulator set a $109 a megawatt-hour ceiling price for solar power. In power auctions the government sets a top price and developers bid down the rate at which they are willing to sell power. The lowest offers wins long-term contract to sell electricity.

The Brazilian government will endeavour to stimulate domestic manufacturing in the field through this round of investment.

China is expected to install as much as 14 GW of solar farms this year. Japan may add almost 12 GW and the U.S. is expected to develop more than 5 GW, according to Bloomberg New Energy Finance.