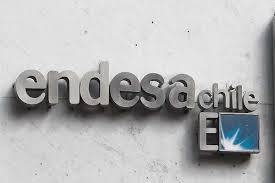 The construction of the 740 MW Punta Alcalde coal-fired power plant in Chile looks like finally going ahead after the country’s Supreme Court ruled against environmentalist’s objections.

Endesa, a Spanish subsidiary of the Italian energy company Enel SpA, looks to have cleared the final barrier to the facility after the court revoked an injunction against the project.

In a split ruling, judges overturned an appeals court decision to accept an injunction against the project on behalf of fisherman and local communities, the judiciary said in a statement on its website today.

Last year the project had been put on hold when the lower court sided with marine conservation group Oceana and local fishermen in what was seen as a major blow to megaprojects in energy-strapped Chile.

The decision allows Endesa to proceed with the $1.4 billion plant that will increase power generation in a region where mining companies Barrick Gold Corporation and Teck Resources Limited are developing copper and gold mines.

Studies show Chile needs to triple its energy capacity in less than 15 years, and it lacks domestic oil or natural gas.