The expected decreased demand for fossil fuels, coupled with the falling costs associated with renewable energy projects, are driving major oil and gas companies – including bp, Total and Shell – to actively restructure their businesses to add more renewable power projects to their portfolios.

This is according to the latest research from data and analytics company GlobalData. The study shows that within the renewable power sector, solar and wind energy are expected to show the highest growth rates over the next ten years. Oil and gas companies will increasingly invest in these sectors as a way to reduce their carbon intensity and align with the changing energy mix, according to GlobalData.

Ravindra Puranik, Oil and Gas Analyst at GlobalData, comments: “Global power demand is expected to grow at a compound annual growth rate (CAGR) of 2.5% from 2020 to 2030, according to GlobalData. A significant portion of this will be fulfilled by renewable power generation. This growth outlook makes renewable power a key market for players across the energy sector, including oil and gas companies whose traditional market is at risk amid the transition to low-carbon sources.”

Register for the webcast: Green Is The New Black | Carbon Capture, Utilisation & Storage

A key driver enabling the transition to renewable power is falling cost. Puranik adds: “Traditionally, renewable power projects had a significant cost disadvantage over coal- and gas-fired power plants. However, in recent years, their economic competitiveness has improved significantly due to government policies and incentives, as well as technological advances. This has incentivized oil and gas majors such as BP, Equinor and Shell to invest in wind power generation. BP and Total are also leading the way in terms of upcoming solar power capacity.” 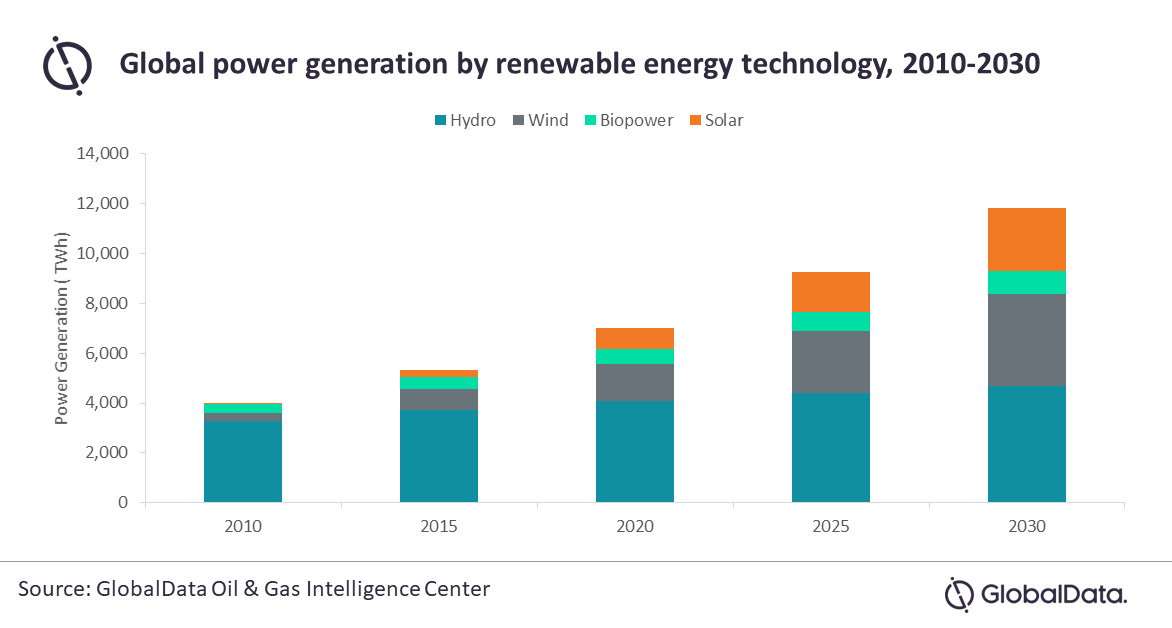 Puranik states another factor spurring oil and gas companies to cleaner energy sources is that governments around the world are actively focusing on reducing carbon emissions and enacting laws to facilitate decarbonisation in their countries, thereby driving the growth of wind and solar. “Electrification, based on renewable energy sources, is an ideal approach to reduce carbon emissions. It also marks a strategic shift away from fossil fuels in the global effort to mitigate the threat to climate change,” adds Puranik.