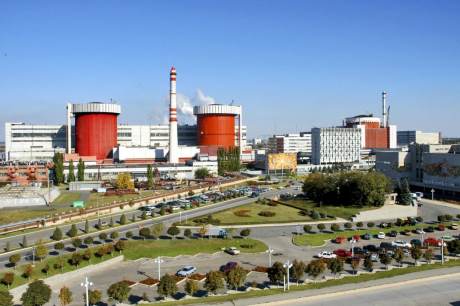 Westinghouse Electric has extended a contract with Energoatom, Ukraine’s nuclear power operator, to supply fuel to nuclear power plants until 2020.

Westinghouse CEO Danny Roderick said, “The signing of this contract for Westinghouse VVER fuel design testifies to the quality of our fuel design and demonstrates that it has, in fact, operated without issue at the South Ukraine Nuclear Power Plant, as confirmed by extensive and recent joint Energoatom and Westinghouse inspections.”

The $100m-$200m deal will see the reactor manufacturer supply fuel to 15 nuclear power plants, taking care half of the country’s electricity, according to an email statement.

The move means Ukraine’s dependence on Russia for fuel supplies has been eased.

The Ukrainian government’s talks to secure gas from Slovakia has stalled and the deal with Westinghouse, struck on Friday, offers some much needed fuel diversity.

Mike Kirst, Westinghouse vice-president, said the group aims to be providing “roughly 20-25 per cent of Ukrainian nuclear fuel supply through 2020”.

For Westinghouse, Ukraine is a big market. Mr Kirst added: “Ukraine is the third largest nuclear power civilian operator in Europe. France is number one. The UK number two. Now that the Germans have shut off much of their reactors, Ukraine moves into third. It is literally one of the largest markets in Europe, and very reliant on nuclear fuel getting about 50 per cent of its electricity from nuclear power.”

“This contract would represent roughly between 5-10 per cent of our European fuel business. When you talk about a fleet of reactors that are 15, it could [reach] 20-25 per cent” of our business in Europe, he said.

Under terms of the contract executed with Westinghouse Electric Sweden AB, Westinghouse will produce the fuel at its fabrication facility in Västerås, Sweden.  The Vasteras facility is one of the largest and most modern fuel plants in the world, serving every major market in Europe and South Africa.

State enterprise National Nuclear Energy Generating Company (NNEGC Energoatom) was established in October, 1996 and is the operator of all running nuclear power plants of Ukraine.