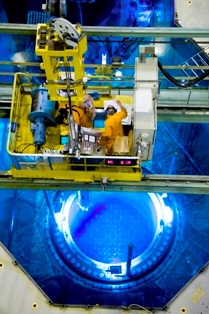 A new nuclear power plant set for Ringals, Sweden looks to have been scrapped as utility, Vattenfall continues to react to government pronouncements on reducing dependency on the nuclear sector.

The Swedish government and power industries are struggling to come up with a new vision for the country’s power sector and there is acknowledgement that it could take years to reach a consensus on strategy.

In the interim, the minority government, composed of Social Democrats and Greens, has expressed its intent to pursue a mix based completely on renewables, with nuclear power gradually phased out.

Swedish regulator SSM and Vattenfall have therefore opted to withdraw an application handed in to the SSM in 2012 to build a new nuclear plant at Ringhals, Sweden.

“Both SSM and Vattenfall have stopped working on the request (to build a new nuclear power station), although Vattenfall hasn’t officially withdrawn the request,” David Persson, press official at the Swedish radiation safety authority SSM, told Recharge. “The government has to decide on the latter.”

A Vattenfall statement to Recharge said: “In line with our government´s (owner) wish regarding our analysis work about the preconditions for potential replacement nuclear reactors, Vattenfall has decided to put the ..work on hold and no new initiatives will be taken.

The government narrowly survived a recent vote to remain in power but will have to negotiate with Conservative parties before a clearer picture emerges regarding the future of the nuclear sector in the country.

Meanwhile Mats Ladeborn, who heads new nuclear developments at Vattenfall, confirmed to Swedish radio that some 40 employees at the utility previously working on the Ringhals nuclear plans have been transferred to other tasks.