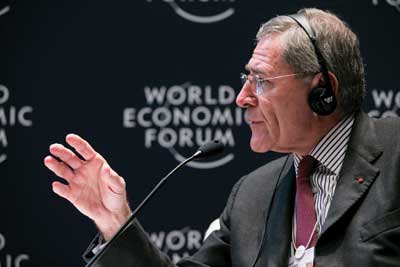 Nine of the bloc’s largest utilities presented proposals for reforming the system at a European Parliament hearing on Tuesday.

Gérard Mestrallet, chief executive of GDF Suez (Euronext:à‚ GSZ),and Paolo Scaroni, head of Italian oil group Eni, presented the document, which also outlines how Europe’s energy security is no longer guaranteed, carbon emissions are on the rise, investments in the sector are not happening and fuel bills are rising.

Mr Mestrallet said one of the biggest problems was overgenerous renewable energy subsidies that had pushed up costs for energy consumers and now needed to be cut: “We have to reduce the speed at which Europe is building new wind farms and solar panels. At the moment, it is not sustainable.”

He argued that some renewables no longer required public subsidies, and government support should be “limited to technologies that are not mature today, such as tidal and wave power”.

The nine utility companies ” in line with the UK government and some others ” do not favour another binding renewable energy target.

Instead, they are calling for an “ambitious but realistic” emissions reduction goal as part of a wider move to beef up the EU’s emissions trading system, which is the world’s biggest carbon market.

Mr Mestrallet pointed out that over 30,000 MW of gas-fired power capacity ” equivalent to about 30 nuclear plants ” had been closed down or mothballed in Europe in recent years, and he urged Europe to work quickly to introduce a system of capacity payments, which would incentivise gas-fired generators to remain online and prevent more plants being shut down.